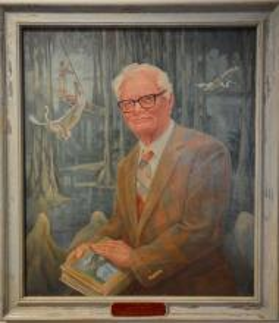 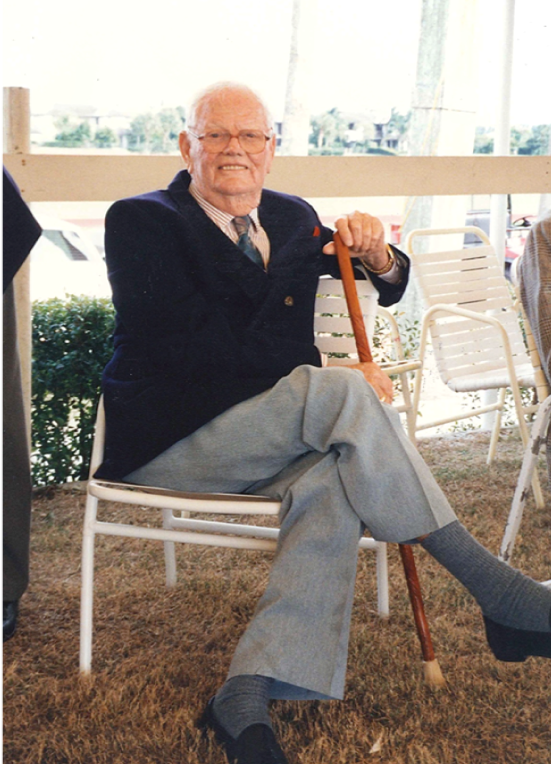 Arthur William “Bink” Glisson was born in 1914 in Welaka, Florida, near Jacksonville. It was harder to get more Florida than Bink. As he relates: “My great-grandfather was a Seminole Indian, and my great-great-grandmother was an alligator.” He spent the majority of life in Palm Beach County. During the Depression, he worked as a fisherman. In the 1950s, he began to work with C.O. Wellington, developing 18,000 acres in PBC into what is now an area of houses, golf courses and businesses. Bink had a number of interests: collecting antiques, boating and piloting. As a lifelong collector, he had amassed impressive displays of guns, swords and marine items, which can now be viewed at the Bink Glisson Historical Museum at the South Florida Fairgrounds. Part of the 18,000 acres is a 90-acre track of cypress that he helped preserve near the modern Palm Beach Polo and Country Club. He is recognized in the naming of the Binks Forest Country Club and Binks Forest Elementary School. Bink died from complications of Parkinson’s disease at the age of 85.