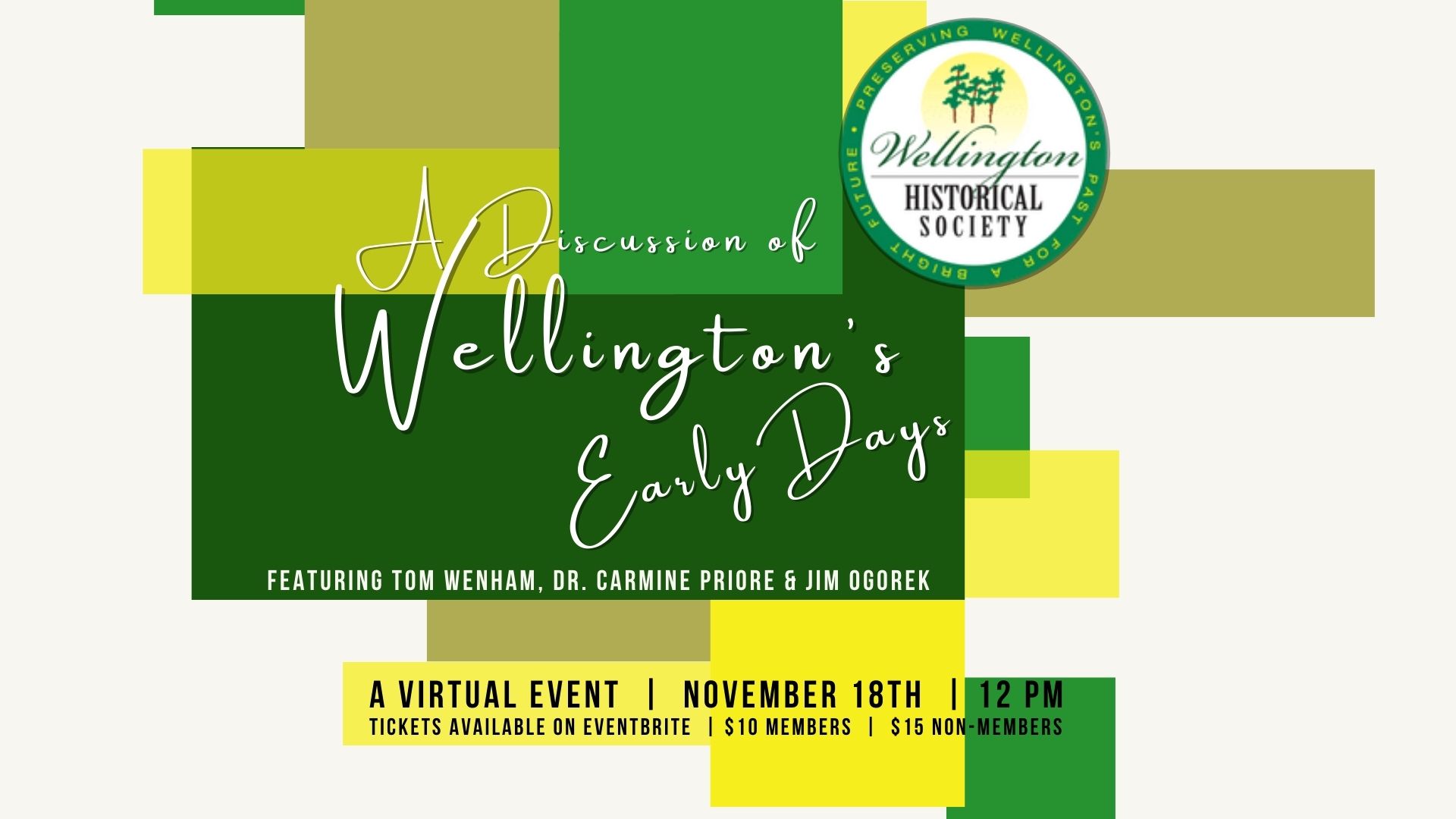 A time capsule from 1976, the incorporation of the Village of Wellington, and how Wellington became the “Winter Equestrian Capital of the World” are among the topics that three local pioneers will discuss at the Wellington Historical Society’s  first virtual event. A Discussion of Wellington’s Early Days, featuring Tom Wenham, Dr. Carmine Priore and Jim Ogorek  takes place from 12 – 1:15 p.m. on November 18th, 2020 through Zoom.

The discussion will be led by WHS board member Chuck Edgar, who is himself a long-time resident of Wellington.  He will engage the panelists with questions about Wellington’s early days.  Prior to the discussion, a moment of silence will be observed in honor of Denis Quinlan, who passed away on September 20, 2020 and Ken Adams, who passed away on November 10, 2020 at the age of 90.

All three panelists were instrumental in Wellington’s founding and development.

Former Mayor Tom Wenham moved to Wellington in 1981 and has been an active community member throughout the years.  He served on the board of the Acme Improvement District, Wellington’s first local governing body, and following incorporation in 1995 served on Wellington’s first council.  From 2000 to 2003, he was the “selected mayor,” chosen by his fellow council members to serve in that position.  And in 2003, he became the council’s first elected mayor. Since leaving the council, Wenham has served on several village boards including Wellington’s Architectural Review Board, Palm Beach County Fire Rescue Advisory Board and the Village of Wellington Parks and Recreation Board. He is chairman of the Wellington Community Foundation.

Dr. Carmine Priore, a resident of Wellington for 35 years and South Florida for more than 70 years, began his civic involvement in 1992 when he was elected to the Acme Improvement District’s Board of Supervisors (Wellington’s governing body prior to Incorporation).  He served as the Board’s President from 1994 to 1996. In 1996, Dr. Priore was elected to the first Wellington Council and was appointed Vice-Mayor.  From 1998-2000 he served as Mayor. He was re-elected in 2000, 2004 and 2008.  In March of 2010, he was honored by his colleagues being appointed Mayor Pro-tem of Wellington. He left office in 2012 due to term limits.

Jim Ogorek also joins the panel as a founding resident of Wellington, having moved to the community in 1979. Ogorek came to know Wellington in its earliest days as a senior manager with Ernst & Young in charge of auditing Gould, Inc.  After leaving Ernst & Young, Ogorek worked for Gould, Inc. as Vice President of Administration and Finance.  He became involved in all facets of development and management of the Gould Florida operations. He oversaw club and golf operations, golf course construction, food and beverage and ultimately development and construction. He directed the construction and design of two golf courses, fixed the airstrip and polo field drainage, and constructed the infrastructure of the Sugar Pond and Greenview Shores developments. Ogorek has remained a steadfast member of the community that he helped build.

Tickets for the event are $10 for WHS members and $15 for non-members.  Questions for the panelists may be submitted prior to the event, by emailing info@wellingtonhistoricalsociety.org.

Tickets are available on Eventbrite or by visiting https://bit.ly/3oPZ0PA.

For more information about WHS, please visit www.wellingtonhistoricalsociety.org. If you are unable to attend the event, but would like to make a donation to the Wellington Historical Society, please visit: https://www.paypal.com/paypalme/donatewhs.